The CatBib featured in the news

A growing list of magazines, newspaper articles and books from all over the world have featured the CatBib within their news articles praising its effectiveness to help prevent cats from hunting, attacking and killing birds.

May 2017:  A nice article on the CatBib published this week in Australia’s Narooma News.  The Eurobodalla Council is distributing free CatBibs to reduce the threats domestic cats are posing on wildlife there.

“We’re hoping it eventually becomes normal practice that cats wear CatBibs every time they go outside…. Ms Fink-Downes said the council held a trial in 2013-14 with cat owners in Congo to protect the greater glider received  “nothing but positive feedback”.

Thanks Eurobodalla for caring about cats, birds and other wildlife!

January 2017:  A New Zealand news paper ‘Times-Age’ publishes an informative case study from a local resident Mrs Ward, who has outfitted her cat (Teddy Bear) with a CatBib when other cat collar and bells weren’t working.  “Mrs. Ward was skeptical at first, but quickly realized how successful it would be.  ‘I kept thinking it (the CatBib) was going to be a nuisance, but found when he grooms himself, he grooms the bib as well.”  Thanks Mrs. Ward, for doing your part in saving birds!

September 2016:  Considering a career in animal care?  Our friends at Open Colleges have interesting career choices including cats and birds, have Expert Advice, and are advocates of the CatBib.  See their feed HERE

May 2016:  The Australasian Bat Society is promoting the CatBib to protect microbats from Cats.  Read about it HERE

October 2015:  A reader get’s here question answered on ‘The Telegraph’.  “How do I get my cat to stop killing birds?” –   Read about it HERE

“Wearing a bib… would be good for the estimated millions of birds and other animals killed each year.” 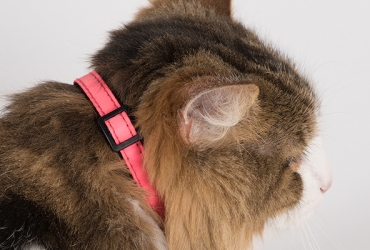 Posted on March 7, 2018March 9, 2018No Comments on Safety Collars
Research on the safety of cat collars A simple study on the incidence of collar-related…
Read more 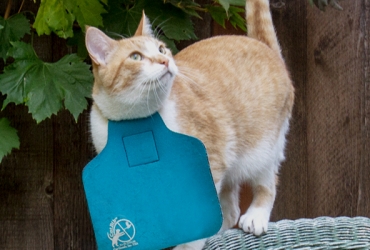